Politics is about doing common things!

Politics is about doing common things! 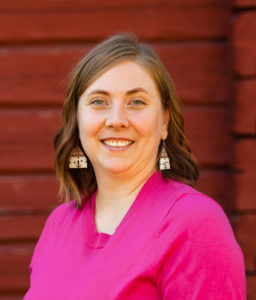 This morning I woke up at 5am bcause my six-year-old didn’t want to sleep any longer. Couple hours later she was already taking her first nap and I sat down to write this blog. At the same time I wonder how politics affect my life today and how it affected ten years ago. For me, the attitude towards politics has changed a lot over these years: at 22 I hadn’t voted once yet, now at 32 I work in parliament and I’m a city councilman and a member of the city council.
′′ You will never become anything “, this is how the guidance counselor described my future at the end of middle school. And I probably wouldn’t have become if my mom hadn’t found a graphic design line in a nearby vocational school. I applied for this school for my mom’s encouragement and for some weird reason I got chosen. My friends weth grade. We didn’t have enough grades on our diploma for much else. The interest in school was zero. Social influence and politics even less. Society studies was one of the most boring stuff I knew – had to learn some old man names – blah I thought about that. These Matts, Paavos, Eskot and Harris didn’t move me.
Politics affected my life even then: as a child of a poor single mother, I had been able to complete primary school free of charge and the same free of charge continued in secondary (and later in higher education). We received housing allowance, unemployment benefit, income support, study allowance etc. when we needed it. I got a free school delivery and a warm school lunch (which is not a global audience, because you can only get free warm food at school in Sweden). Now I have a chance to be home with my child on parental leave. I’m entitled to a free clinic and my prematurely born child got top-level healthcare almost free. Society’s funds are paid to my child and if I did, I would get a caregiver increase in the study grant (which was just a dream when I joined the student union activities, but the student movement managed to finish the goal a few years ago).
Then how did I end up from the starting point where I was, to the place I’m in today. Simply the answer is American movies and Laureamko. As weird as it sounds, this is true. In the fall of 2010, when I was 22, I got to study as a social worker at Laurea University of Applied Sciences. Freshman week we were invited to the auditorium to listen to new students info, and there Laureamko’s then chairman told about student union activities and above all about student s’ advocacy.
When I started my studies, I had decided that I want to make the most of student life, meaning my goal was to get involved in student union activities (because you make friends from there and it’s cool – at least according to American movies – and it was that in real life too). There was exceptionally open in Laureamko’s government that fall for social affairs. And I, of course, eagerly, after a little early excitement, said I was interested. Same fall I got to join the student union activities and it took me from that seat – to SAMOK’s board, chairman of Social Democratic Party of Finland, Youth wing, candidate for election and work in Parliament and the Nordic Council. I’m still on that road today – taking care of our common business.
Unfortunately, I’m the youngest at the meeting table, although many things (especially in municipal decision making) apply to even younger people – sports places, schools, kindergarten, culture and leisure activities). I hope that as many as possible will join to change the world for the better, because politics will affect our lives – whether we like it or not. That’s why you should be involved in deciding how it affects us. The next municipal elections will be held in spring of 2021, so right now is a great time to join politics and candidate for election. A young woman’s rise as prime minister of our country may be a source of inspiration for all of us – no longer just Matts and Esko, today there’s room for Sanna as well.
Written by Anette Karlsson, social worker (AMK)
Laureamko alumni 2010-2011
SAMOK alumni 2012