OPINION: Student should be able to afford the public transport 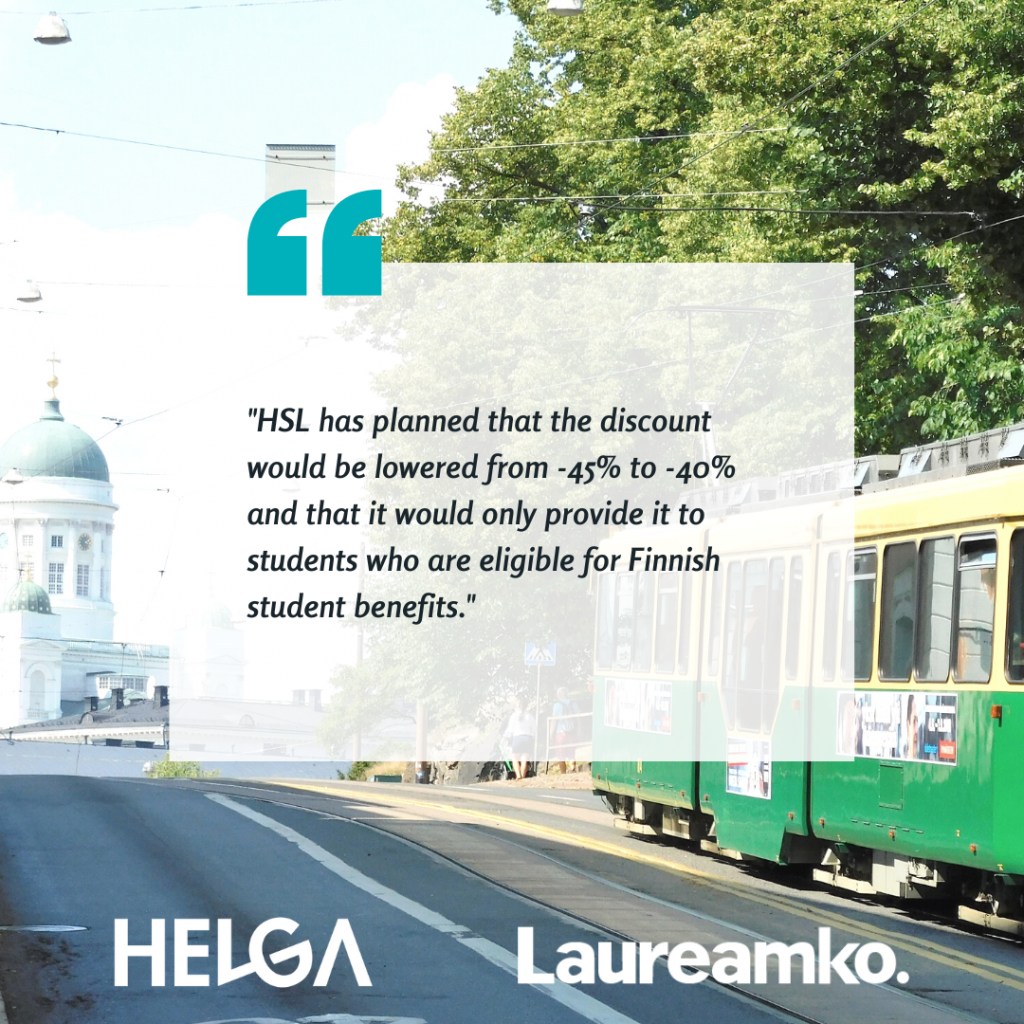 YLE wrote that The Helsinki Regional Transport Authority, HSL for short, will be proposing a new pricing. The new proposal also includes lowering the discount for students. HSL has planned that the discount would be lowered from -45% to -40% and that it would only provide it to students who are eligible for Finnish student benefits.The new pricing of travel tickets would come into effect in January 2023. The reason for the proposal is said to be the pressure to save due to the rising energy prices.

HSL’s proposal contradicts its goals to make public transportation more accessible to the public and thus make the Helsinki area more environmentally friendly. If the proposal is to pass in HSL’s Board, it would make the lives of students even harder, as students are already living under the poverty line and the cuts would hit the hardest on those students who have the most challenges with their studies. These students rely on other social benefits such as sickness allowance,  rehabilitation subsidy or rehability allowance, for example due to their reduced ability to study as efficiently. This new proposed principle would also exclude all exchange students from the student discount.

Although student benefits will be increased by Kela by 4,2% from January 1st 2023, the increase will be close to nonexistent in students’ day to day life, when taking into consideration the current inflation rate. When this is combined with lowering of the HSL’s student discount rate and limiting discount to only those students who get student benefits, the proposed pricing seems even more unfair.

As stated earlier, HSL’s proposed pricing would therefore have a negative impact on those students who are already at disadvantage. This policy doesn’t seem to be consistent with their objective of making public transportation more accessible and environmentally friendly. The Helsinki region should consider implementing congestion charges and channel those funds to public transportation. Instead, it seems that HSL wants to put those in disadvantage in a more disadvantaged position with its pricing policy.